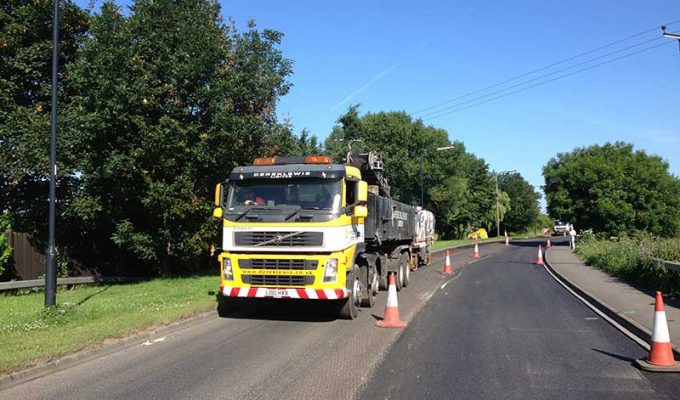 The scheme was centred around the Junction alteration at Whip Hill Top Lane, Branton which for some years has been an accident black spot in Doncaster. On completion of the junction alteration we were contracted to remove the adjoining carriageway to a depth of 100mm and profile plane in areas. We then re-surfaced with two layers of material in a method allowing traffic movements with a Convoy vehicle alongside the works. Due to extremely hot weather the contract was extended a further day to prevent vehicle movement over the newly laid surface allowing it time to cool, therefore preventing any possible surface failure.