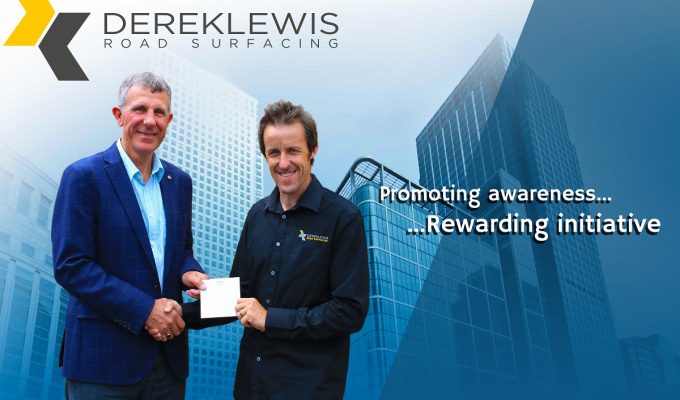 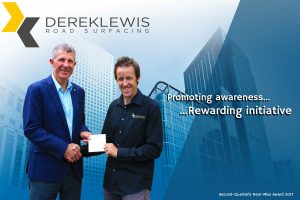 Congratulations to Contracts Manager Graham Pack on winning the second-quarterly Near-Miss Award 2017.  The initiative sees the Derek Lewis directors handpick a winner from all the near-misses reported for that quarter, who then wins a Marks & Spencer voucher worth £50.

The near-miss was reported when Graham witnessed subcontractors entering a Derek Lewis site, without appropriate PPE or means of water suppression.  Graham took immediate control of the situation, suspending all activities and contacting the Health and Safety Manager.  This saw the launching of an inquiry, which revealed a lapse in communication from the subcontractors, prior to them arriving on site.

Derek Lewis takes a proactive approach to health and safety, aiming to not only react to incidents, but to pre-empt them, allowing for preventative action to be taken.  Near-misses play a vital role in this process, which is why we place such an emphasis on their reporting, as well as subsequent investigations.